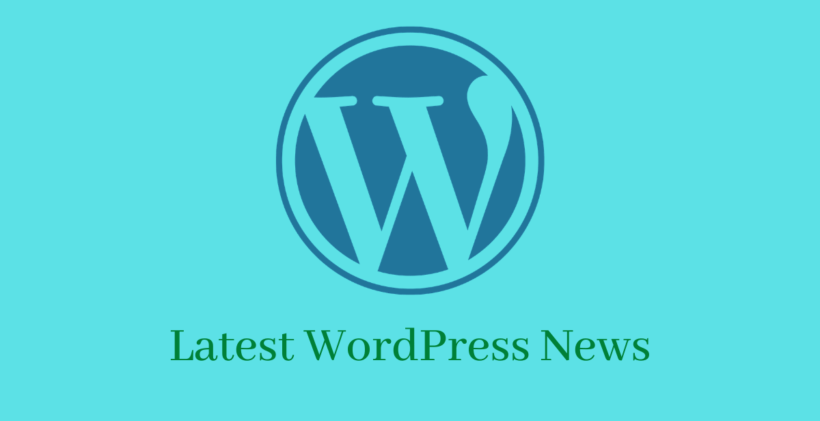 June started with WordCamp Europe to the release of WordPress 5.4.2. Some of the latest WordPress news in the month of June 2020 are as below:

Recently, there was an online WordCamp event in Spain. Yet in Europe, the biggest online event of the year was conducted from June 4-6. There were 8,600 registered people for the event who were from 138 countries. On the other hand, a total of 2500 people registered for the contributor day. The event was sponsored by 40 companies where there were 33 speakers. In addition, the Q&A session with Matt Mullenweg was one of the major attractions.

This was one of the periodic security and maintenance release done by WordPress. This version fixed 17 errors and added 4 enhancements. From June 10, you can update WordPress to 5.4.2 from the dashboard. While the next major version of WordPress is expected to be WordPress 5.5, we can expect the beta version to be available anytime soon for testing.

WordPress now recommends the minimum PHP version of your site to be at least PHP 7.2. However, if you look at the downloads page, then you will find the recommended version to be PHP 7.3 or above. If your site is still running in PHP 5.6, then its high time that you should go with the recommendations of WordPress as it affects the speed and performance of your website. The next major release in PHP will be PHP 8.0.

While Gutenberg is focused on the improvement of blocks, Gutenberg 8.3 and 8.4 were released this month. 8.3 has added features related to link color, spacing, parent block, etc. While 8.4 contains editing options for tools and multiple blocks. In addition, it has the block directory search feature.

The major news related to WordPress in the month of May includes Gutenberg updates and WordCamp Events.

8.1 has added features that support the inclusion of new design patterns. In addition, it is user-friendly to touchscreen users and everyone who does not use keyboard shortcuts.

Phase 1 was introduced in WordPress 5.0 with the introduction of the block editor. Phase 2 will include the Full Site Editing (FSE) in the future. Contributors have already started to include the basic functions for FSE in WordPress 5.5. Let’s see what features can we see from WordPress 5.5

WordCamp Spain was online from May 6 to 9. It was a successful event with 16 sponsors, 60 speakers, and more than 5,500 attendees. The count of people in the Contributor day was around 200.

In case if any community wants to organize WordCamp, there are a set of guidelines that you can follow. There will be no need for local sponsorship as the community team has to cover the online production costs associated with the event. Now you can find out whether or not the WordPress event will take place online.

Members and Groups are added as blocks in the editor with the release of BuddyPress 6.0.0 “iovine’s”. The six remaining endpoints were added to complete the Rest API. A total of 80 changes has been made with the help of 42 contributors.

Theme Review Team has decided to change its name to Themes Team as they were involved in different other activities except reviewing themes.

The month of April was full of different improvements in WordPress. We will mention about the new releases and events that are scheduled in the WordPress News April 2020

The development of Gutenberg has also been continuously progressing. Gutenberg 7.9 adds 3 new patterns. It has improved block markups along with the addition of design tools for blocks. Later Gutenberg 8.0 was released that has additional features in Code editor. In addition to this, there is an added option for inline formatting with a continuation in improving the block editor.

This release of BuddyPress includes changes that allow moving profile photos and the image present in the cover. In addition, a new Rest API will be created for BuddyPress. This will introduce blocks and a minimum PHP version of 5.6 and at least the site should be running on WordPress 4.8

Due to the current situation, the organizers have decided to conduct WordCamp US in October. You can attend this event online from October 27-29, 2020. If you are interested to join as a speaker, you can apply.

WordCamp Europe was postponed till 2021. However, the organizers have now decided to run an online WordCamp event from June 4-6, 2020. The virtual contributor day will be held on June 4th and the event will be free for everyone.

All this information is taken from the official WordPress site.